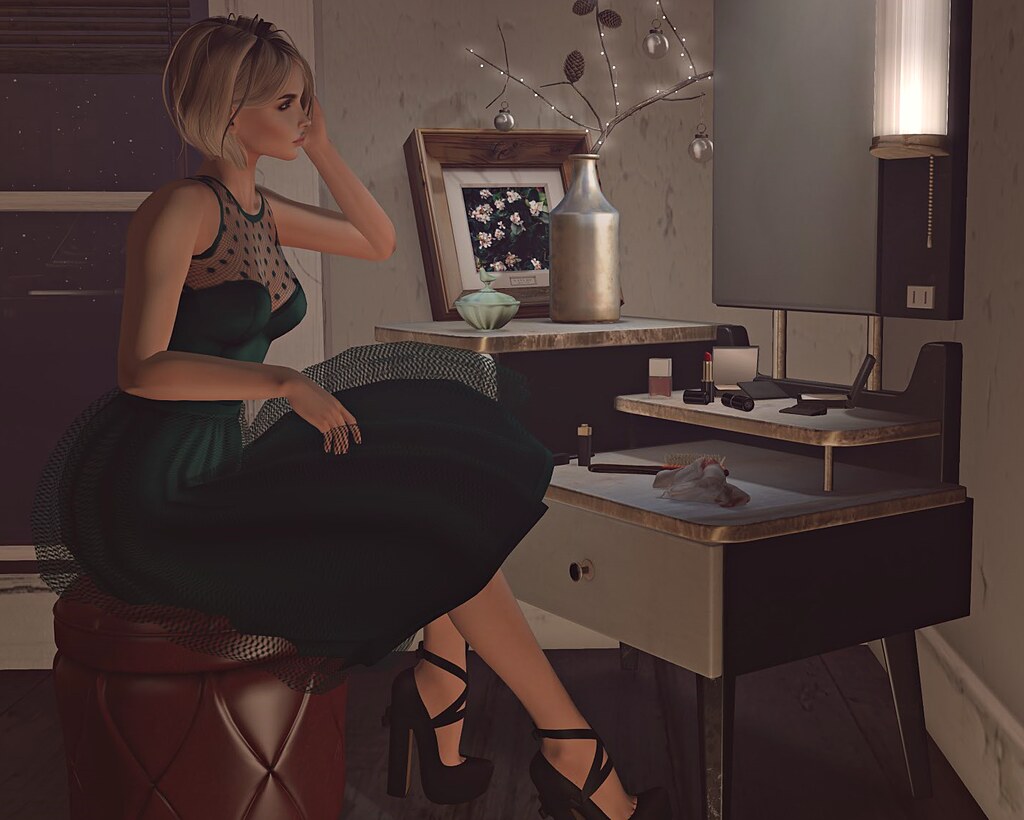 Okay so…the other day I managed to take a whole batch of photos including the one you see here with Elle in her New Years Eve outfit she had been styling for weeks!  Well not exactly weeks, and maybe actually, just a couple of hours – but that’s beside the point, LOL.   But as luck would have it (or more than likely an ID10T error on Elle’s typist’s part) windows ate them all!  Elle was traumatized and so beside herself, she just couldn’t push herself to try to take the photo again.  Oddly enough, one was still in my recently viewed cached items, although, the file itself was gone!  So what’s a disappointed and lazy fashion blogger to do?  Use Snipit and take a photo of a photo woot!

Anyway, I had tons of fun with this photo – from styling Elle to building the little set.  There are so many wonderful little knickknacks in SL now that I think building sets might be a thing for me going forward.  Details on the items used in this photo along with Elle’s outfit can be found below. For now…I am out peeps – so in the meantime, take care my friends and have a great Second Life!