Is something different about me today? Am I looking more well-endowed than usual? You may have noticed these Juicy Boobs making an appearance on the grid lately. I was intrigued by the name’s similarity to JuicyBomb* (my brand), so I decided to investigate.

*JuicyBomb has no affiliation with Juicy Boobs, but if they want to give me 10%, I’m in!

I haven’t changed my body in years because a body isn’t that important to me. I dress it up in clothes and keep it mostly covered up. To see what all the fuss was about, I wanted to try the Reborn body by eBody while wearing the Juicy Boobs body mod. If you want Juicy Boobs you can ONLY get them by wearing the Reborn body. There are a few other mesh brands out there doing different breast modifications, but they’re usually brand-specific. I had never tried on an eBody before, so I was curious about the brand and its products.

Through my research, I learned that eBody is created and managed by a team of people. I joined their Discord channel because I prefer to follow brands on Discord rather than join in-world groups. I noticed they had a thriving membership and an active team responding to customers.

I opened the Reborn body package without reading the instructions and began wearing it. The HUD is simple to use and resembles other body HUDs, so there is no learning curve. I like how this HUD includes custom neck sizes for popular mesh heads (LeLutka), so my head and body fit together perfectly. After I finished experimenting with the customization options, I didn’t notice a significant difference between this body and my previous body. Most Second Life bodies once dressed up, are unremarkable. This could easily be my new body because it checks all of my boxes.

I am pleased that my Pink Fuel body skin (BOM) seems to fit okay here, even though it was made for Maitreya. This body is designed for a curvy girl. If that’s not you, you’ll be spending a lot of time adjusting the sliders to slim down your body. I did it by nearly zeroing out most of the main sliders, but my butt was still too big. The Reborn body does come with a butt deformer, but I didn’t notice a significant decrease. I’d heard about third-party deformers, so I went looking for something to make my butt flatter. Not surprisingly, the majority of the deformers are designed to make things bigger, not smaller. I discovered a few deformers for flatter butt, but they didn’t work on eBody.

I searched my inventory and found that I already had a lot of Reborn clothing! Thank god for designers, for doing a lot of hard work to support multiple bodies on the grid. My only wish for brands is to be consistent with naming clothing for the body – for example, Reborn Juicy Boobs vs JuicyBoobs vs JuicyB. Let’s make it easy for customers and have all brands just pick one way to name Reborn items, and stick to it!

So you’re probably wondering what the big deal is about big boobs? We’ve had them forever in Second Life! Take a look at the Juicy Boobs mod close-up! It’s noticeably popping out of the top and eye-catching. If boobs are your thing, I think this mod is an interesting take on being well-endowed in Second Life without being huge. I think a slim avatar could still wear them and look well-balanced.

One difference between this body and my other one is that the arms do look a bit like spaghetti arms. I wonder if this is because I chose to be a slimmer avatar (remember, I had to zero out most of the sliders to achieve a slim look), so the slim arms just look a little flat. That’s really my only gripe about this body, cos I like to pose with my arms expressively and hold things, it’s very noticeable when the arms are bent. I also noticed the fingers aren’t as slender, which is important to me cos I guess I notice my hands a lot.

Now that I’ve had the opportunity to wear the Reborn body, I believe it is poised to capture a large market share on the grid, as long as they continue to develop and update the body, as well as address minor aesthetic issues. I’m hoping to get an update to fix my spaghetti arms.

Have you tried the Reborn body? Let me know in the comments if you wear this as your main body, and what you like about it. 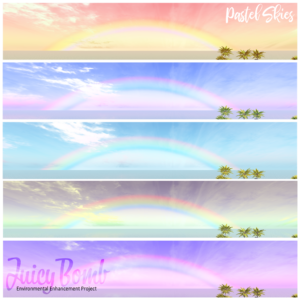 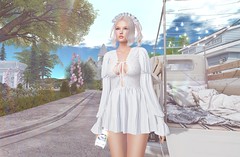 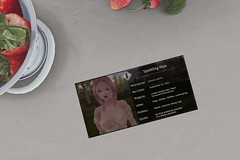 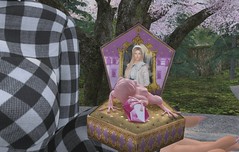 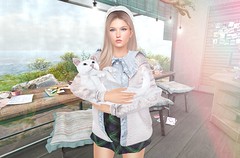