What’s it like to dance in a VRChat club?

I found myself on this map in VRChat not long after signing up for the game. I didn’t know what was going on at first. People were waiting in this lobby like it was a real club. I could hear muffled music as if I were outside a real building. A group of girls chattered away near me, talking about what club to hit up next since their favorite dj’s set was over.

Inside, people were dancing. A moderator was positioned off to the side and looking over the crowd like a bouncer. As I had no one to talk to and didn’t have a VR headset at the time, I left once my curiousity was satisfied. I wouldn’t return again for half a year. That’s when my experience changed entirely.

Why not attend a real club instead?

Most people know what irl clubs are like, right? Events are largely held at night. The parking lots may not be safe. It costs a lot to get in. You have to watch your drink to make sure it won’t be spiked. Heels can kill your feet after a while. People can be creepy and predatory there. The general public isn’t that great anyway, especially when they aren’t sober.

Clubbing should be fun and going in real life is fun, but going all the time is running even more of a risk for your personal safety. I love going dancing at real clubs and I would definitely visit with a group of people I like hanging out with. Clubbing in VR doesn’t eliminate the possibility of visiting real ones. I feel it just makes you more discerning of when and where you go.

The best way for me to explain what a club in virtual reality is like, is to show you. I’ve borrowed footage from DDVR dj Classwork that gives a shot of the club’s dance floor. You can see people moving to the beat, as well as a screen that shows the dj’s Twitch stream. Check out this Twitch stream (or if you just want a short clip, click here):

A method to monetize the dj’s work

Dance floors are set up to get viewers in with the music stream running on a screen, who in turn are helping to boost the dj’s Twitch numbers. It also encourages people to log into Twitch and tip the dj through that medium. Because the dj’s view numbers are boosted, they may rank higher on Twitch’s streaming list and end up with affiliate status faster. As people tip the dj, you can see notifications light up on the stream as you’re dancing.

When the dj’s computer specs are high enough, they leave a camera of the dance floor that allows them to show the crowd what they look like on higher graphics settings. By showing dancers views of themselves at different angles (remember, this is a game where mirrors are popular), it forms a positive feedback loop that can help to keep the party going.

Be kind and optimize

Clubs usually ask that visitors wear optimized avatars for a better experience. These maps can sometimes cram in 65 people on a busy night. It isn’t possible to load them all and not experience lag, even on a high-end computer. The result is that you’d have to reduce them all to the SL equivalent of jellies, which turns them into robot-avatar replacements:

Users who have a Medium avatar rating and a higher user rank are more likely to be shown on the dance floor. This rewards people who log into the game regularly, and take care to give their avatars graphics-friendly specs.

If you have a club in VRChat you like to frequent, chances are you’ll join its Discord to find out when the next event is and what djs are playing that night. There are some Discord servers where clubs will work in tandem with each other to create a party-hopping experience to share their crowds, rather than competing with one another. Even if popular clubs hold events concurrently, it’s still a win for them both. They usually do this on nights where hosted instances can get full, leaving partiers to hop to the next scene to dance there instead.

When griefers inevitably hit the club to cause mischief, moderators summon objects to kick them out. For DDVR, this would be a bat object with a portal set to “home” attached. When the “home” portal touches the griefer, it bounces them back to their login map. This overrides anyone who might be using a hacked client who would otherwise be able to circumvent the game’s kick/ban function. This is also how moderators remove users who have been afk on the map for too long and are taking up extra space.

You’re not. One of the oldest djs I’ve seen leading an event had a head full of gray hair. Nobody cares, it’s just the music that’s important.

Many thanks to the DDVR community, Classwork, Super Fegelein, and Mancannon for helping me to obtain footage and pictures to use here. DDVR is a club that hosts events on Mondays, Wednesdays, and Saturdays. You can join their Discord server here. 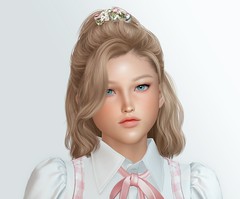 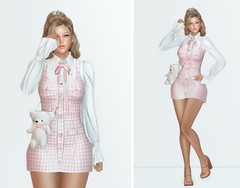 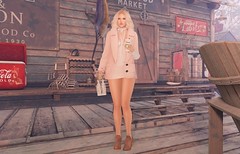 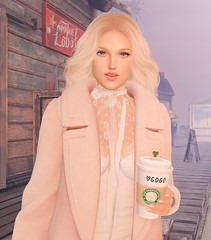