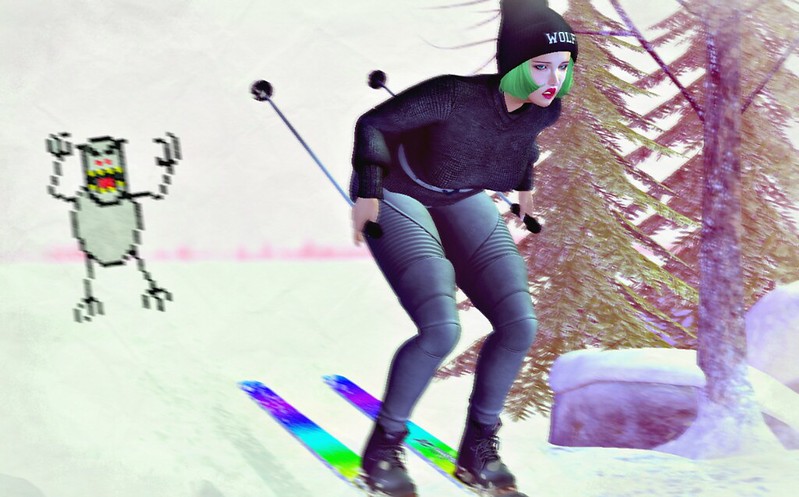 That monster behind me in the photo was the definition of horror in gaming for a while. Before Five Nights At Freddy’s, before P.T., there was a game called SkiFree. The object of the game was to get a high score while skiing down a mountain. But once you got to the end of the map, a yeti ran out of nowhere, caught you, and ate you.

It became a mission of mine to outrun the yeti. It ended up feeling something like this scene every time:

RC Cluster just released a cool set of wearable skis. When I picked them up, I immediately thought of SkiFree again! I had to do this fun photo as a tribute to all of my times trying to outmaneuver the yeti and failing miserably.

What was your favorite video game as a kid? What’s the scariest game you’ve ever played? Lemme know!