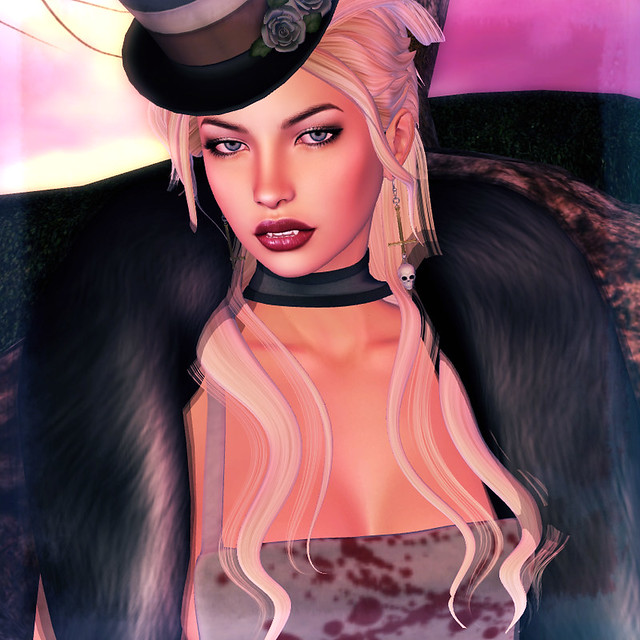 Have I ever told you about the time I met the guy who plays Jason Voorhees?

I was at a comic convention irl selling artwork about two years ago. After putting my gear up when selling hours ended, I heard there was a special horror movie showing–and I was going to be late for it! So, I ran towards the section of the hotel it would be hosted in.

That’s when I saw a really tall guy looking lost by the stairs. He asked me where the movie would be showing because he was late for it too. I said, “Yep, I’m headed that way!”, so we walked together. I talked about how scary it was to drive around at night and how being lost on a street with no lighting whatsoever was “true horror”.

He just chuckled at me.

We arrived at the auditorium and I took my seat. The man went to the front, where it was announced that he was the actor who played Jason Voorhees. I felt silly but soon we all settled in to watch the film and have fun.

The actor who played Michael Myers was there as well. Someone brought in a bottle of whiskey for him, and “Jason” walked around pouring drinks for those who wanted some. Because the theatre was small, there weren’t that many people there and we had a lot of fun.

And that was how I made corny horror jokes to someone who plays a well-known psycho killer (and then he served me whiskey! lol). 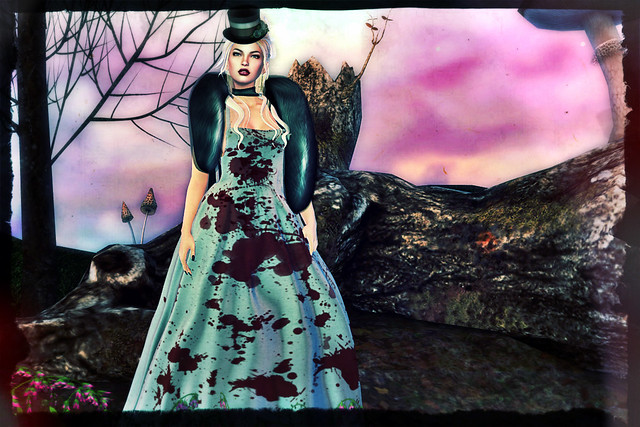 The dress I’m wearing is from PEQE, and is part of her set for Tag Gatcha. I also wanted to show off this awesome hat from Katatonik (available at Gen-Neutral event) and the gorgeous twisted tree behind me, which you can find at We <3 Roleplay. The tree comes with multiple sits and animations, and is great for placing in your woods. I put mine on my home parcel!

These teeth are also available at Gen-Neutral from EXE.cute. They work with mesh heads pretty well and regular heads too. Just place them where you want on your mouth and you’ll look like you have fangs!